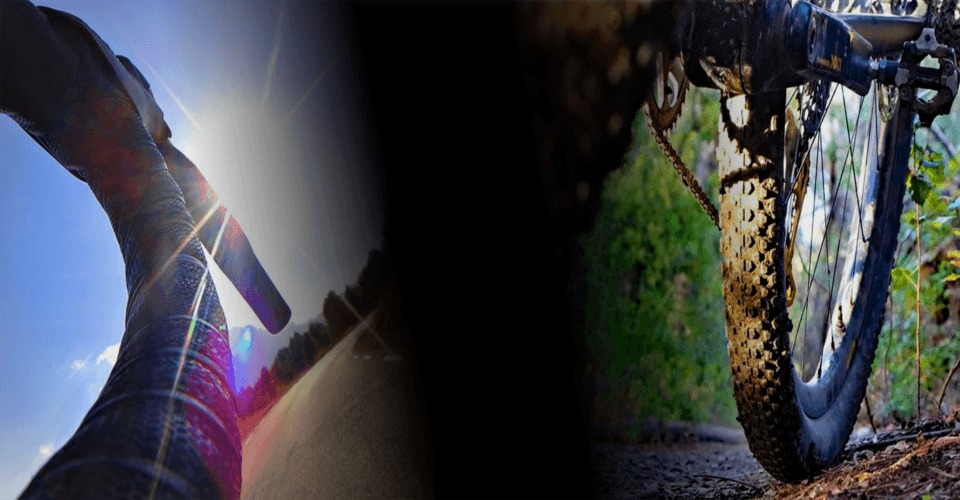 Marc and I are headed for the Transylvania Epic mountain bike stage race, and in typical fashion, we’ll be testing all manner of parts and pieces. Actually, I’ll be testing the parts and pieces, Marc’s lined up the BMC TS01 full suspension 29er since they’re a sponsor of the event.
Me? I’ve got just about every part on my Niner Jet9 RDO fresh out of the box, from stem to stern. The only parts that made the transition from personal bike to test platform race bike are the SID fork and XX1 group, both of which will get their final long term review following the race.
This is the first of several “TS Epic Prep” posts to introduce the parts, in this case the rolling stock. Rolf Prima’s Ralos CXC carbon-rimmed 29er wheels have a very, very impressive 1,505g claimed weight while boasting the strength to handle trail riding. Between them and the dirt will be Schwalbe’s updated Rocket Ron Snakeskin tubeless tires, and they’re filled with Orange Seal sealant. Roll past the break for weights, measurements and preliminary details…

Claimed weights are 695g front and 810g rear, and my test set came in pretty darn close at 698g and 829g actual. That’s with axles set up for 15mm thru front and 12×142 rear and with the XX1 driver body – and no valve stems.
Rolf Prima recommends running Stan’s NoTubes rubber conversion strip when setting these up tubeless, but after confirming with them that you don’t actually need it (it’s just a recommendation for the very best performance when running tubeless), I opted to save 73g per wheel. These do not come stock with the wheels from Rolf, but they included them for us to test. I’m bringing them along just in case, but for now, everything’s holding air just fine without them. Fortunately, these wheels come pre-taped with Stan’s yellow rim tape, so they’re ready to go tubeless out of the box.

The rubber strip definitely brings the bed height up, which some tires might appreciate, but I’ve had very good luck with Schwalbes in the past on several different rims.

Rolf Prima’s paired spoke technology supposedly lets them build a wheel with fewer spokes without giving up strength because left and right forces are balanced. They also say it’s more aerodynamic…we’ll see if I’m going fast enough to test that theory. They have a video herethat explains their theory.

Rolf’s one of many wheel brands offering XX1 freehubs, and they actually have them in stock!

This will be my first time on Rolf’s mountain bike wheels, and the first time on any of their wheels in more than a decade. Nothing like throwing them straight into the rocky mountains of PA for our mutually inaugural rides!

Schwalbe sent both the Evolution (lighter, by about 60g per tire!) and the Snakeskin. Common sense prevailed, and I’m going with the Snakeskin sidewalls. Still, weights are pretty darn good at 623g for the 29.x2.25 and 579 for the 29×2.1.

Initially I thought this was quite a variance from the 605g claimed weight, but the sidewall of the 579g one actually says it’s a 2.1 – not the 2.25 the box indicated. That one went on the rear wheel, and here’s how they measured up on the Ralos:

Front spread to 2.148″ and rear to 2.027″. A bit narrower than claimed, but they look good, and I’m used to narrower tires. If my past experience with the 1st generation Rocket Ron carries through, they should provide plenty of grip.

I used Orange Seal Cycling’s nanite-infused sealant in the original Rocket Rons and other tires with great success, and I’ve been promising to review their “kit” for far too long now, so here goes:  The kit, which has been updated since I received this one, includes two valve stems (different lengths available), an 8oz bottle of sealant, their own rim tape, a valve core removal tool and an injector hose.

The newer valve core removal tool has a much longer handle that doubles as a bottle opener, and it fits any brand valve stem. The injector hose twists in to replace the twist-in cap. In theory, it’s a good idea. In practice, when slid over the valve, it seemed to not want to push much fluid through and was taking far too long. I removed the hose and found that the shape of the lid fits nicely into the opened valve stem, but the tiny opening in the black part of the cap is what appears to be the bottle neck, so I just took the whole thing off and poured it into the tire. For maintenance without unseating the tire, the design has merit, but not for initial set up.

Their valve cores are designed with a taller flute and seem to really be made for wheels with deeper center channels than the Rolfs. I can see a good use for them, just not on these wheels…so I used Stan’s valve stems. The good thing about them is that they have an elongated, oval shape, which might help seal up some rims better. If you’ve had trouble getting a tight seal around your valve hole, they sell these separately, too.

Believe it or not, one of OSC’s claims is that they’re the lightest sealant on the market. Compared to Stan’s anyway, it’s true. Weight weenies rejoice! (we measured equal fluid ounce portions with the scale zeroed out with the empty glass on it)
That aside, they also claim to use varied nano-sized particles of what looks like metal flakes. The different sized particles help clot different sized holes, and it seems to work. Being the weight weenie I am, I typically run less sealant than recommended. It’s true here, too, with just about 3oz per tire instead of the recommended 4oz for a 29er. So far, so good.
Stay tuned for more TS Epic Prep posts and post-race reviews!